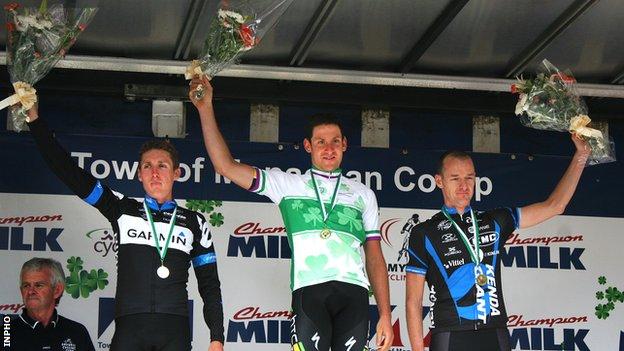 Belfast cyclist David McCann will compete at his third Olympics in London after the Irish trio for the road race was confirmed over the weekend.

Daniel Martin, Nicolas Roche and McCann were nominated by Cycling Ireland just under two weeks ago but Matt Brammeier appealed against the selection.

However, Brammeier's appeal was rejected over the weekend.

McCann, 39, will compete in both the road race and time trial events at the London Games.

He previously represented Ireland at the 1996 and 2000 Olympics.

In addition to nominating Martin, Roche and McCann, Cycling Ireland also picked Sam Bennett as reserve and he remains in the understudy role.