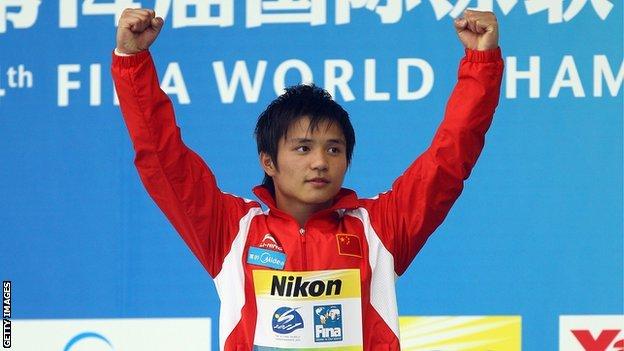 The small and stocky Chinese teenager's recent dominance of the high board was rewarded with his first world titles in July 2011, striking gold in the synchronised 10m platform, with Huo Liang, and then taking the solo crown.

Those successes came after he had won the overall World Series title for the third successive year. He was unbeaten in seven outings in 2010 and 2011 and earned 25 perfect 10s to score a career-high 609.20 at the Beijing leg in March 2011.

At the 2009 World Championships in Rome, Qiu was leading going into the final round but then folded under the pressure and messed up his last dive, allowing Tom Daley to become the youngest world champion at the age of 15.

Nicknamed 'Mr Full Mark', Qiu Bo was the first diver to score over 600 points, in Moscow in 2011, since the regulation was introduced.