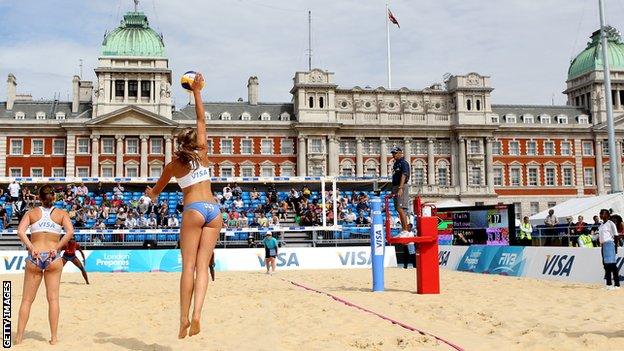 Beach volleyball is one of the most photogenic sports in the Olympic Games so it is fitting that it has been given such an impressive backdrop in central London.

The iconic Horse Guards Parade, situated just yards from Downing Street and Buckingham Palace, is flanked by St James' Park and the historic architecture of Whitehall.

It will be transformed by a temporary 15,000 capacity arena offering spectacular views of Big Ben and the London Eye from its three-sided upper tier.

Similar in scale to Wimbledon's centre court, an arena this size would normally take 14 months to build.

In this instance it will be constructed in 36 days to avoid disrupting the Queen's Diamond Jubilee celebrations and the annual Trooping the Colour.