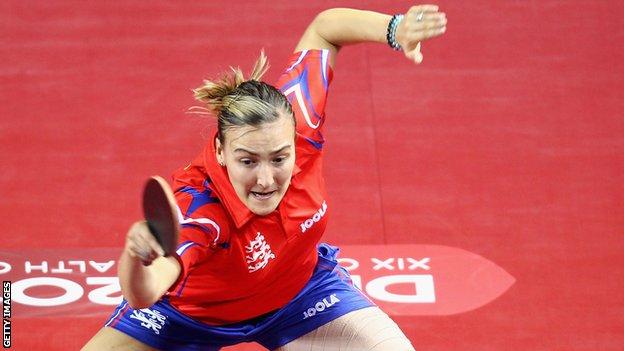 Former British number one Sibley finished fourth in the women's team event at the Delhi Commonwealth Games in 2010.

Sibley became the women's singles, doubles and mixed doubles champion at the English National Championships in Sheffield in March. She also claimed three gold medals in the same event in 2008.

A funding cut threatened her participation at London 2012 before a plea on BBC radio saw a betting company stump up to pay for her preparation costs.