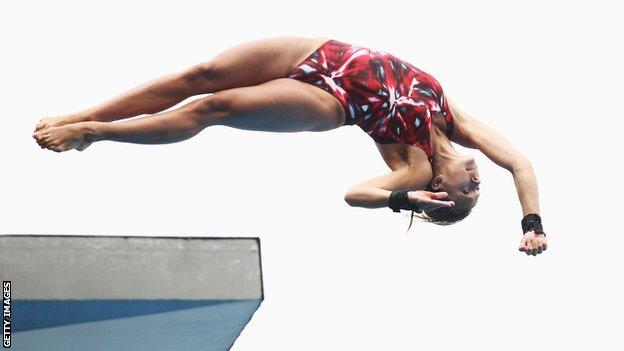 Couch and partner Sarah Barrow capped a breakthrough 12 months in May by becoming the first British women for 74 years to win a European diving title.

They were fourth at last year's World Championships, two points shy of a medal.

Couch, who trains with Tom Daley in Plymouth, finished eighth in both the 10m platform and synchronised 10m platform at the Beijing Olympics.

She teamed up with Barrow to finish fourth at the Commonwealth Games two years ago.

Couch was initially a gymnast but switched to diving aged 10 after dislocating her elbow.

She suffered a dislocated left kneecap in 2009 and has to nurse a recurring tendonitis problem in her other knee.