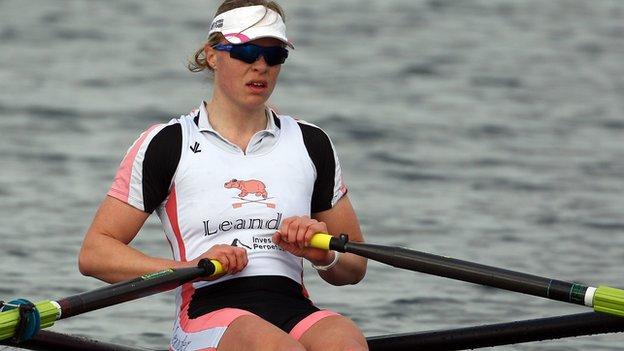 She and Katherine Grainger have won the women's double scull at the past two World Championships and were named as World Rowing Female Crew of the Year in 2011.

Watkins struggled with glandular fever in the 2008 season but still managed to earn Olympic bronze with Elise Laverick behind New Zealand and Germany in the tightest finish of the Olympic regatta - just 0.23sec separated the first three crews.

She is a former world Under-23 champion in the women's coxless four.

While in the sixth form at school, she watched the men's eight win gold at the Sydney Olympics on TV, which inspired her to take up rowing when she got to Cambridge University.

She also says she "was a little bit chubby and wanted to keep fit".

She was known as Anna Bebington until getting married in 2009.

She is doing a PhD in Mathematics.