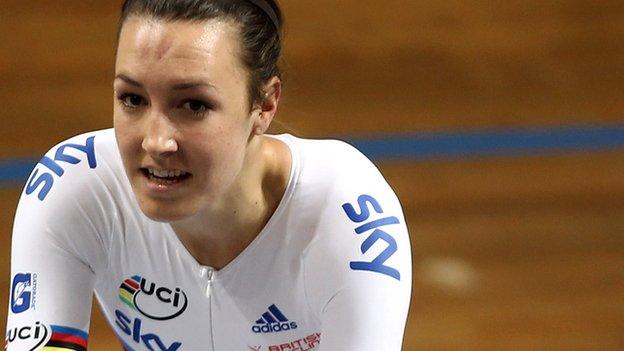 In 2011, King became a World Champion at 20 as part of the pursuit squad with Wendy Houvenaghel and Laura Trott in Appledoorn, the Netherlands. With Joanna Rowsell and Laura Trott,she set a new Women's Team Pursuit record in London on the Olympic track in February 2012.

King started her senior career on Nicole Cooke's Vision 1 Racing team in 2008 after moving from track to road as a junior. A strong 2010 on the road with Horizon Fitness put her back in the mind of track endurance coach Paul Manning.

Invited into one of the strongest squads in the track team, King held her own as the numbers whittled down, winning the selection race ahead of Rebecca Romero, among others.

Dani's first step towards the Olympics came when she skipped a maths lesson to try out in British Cycling Talent Team event at her school.