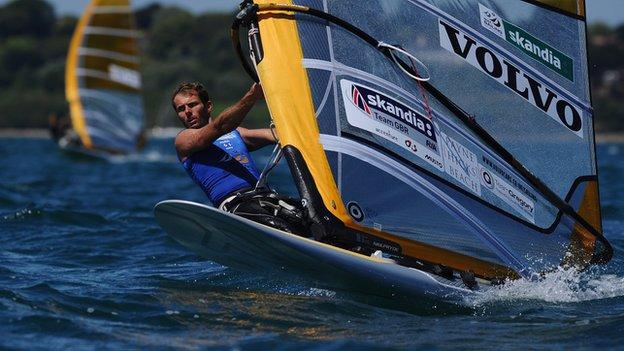 CYCLING - BMX Supercross World Cup, Chula Vista, USA (30-31 March); the opening round of four in this year's World Cup series features Great Britain's Liam Phillips, who says he has re-discovered his hunger for the sport after turning his attentions to track cycling last year. Shanaze Reade will not be there - her next event is the second round in Norway on 13-14 April.

Tom Daley and Pete Waterfield confirmed their return to form by winning medals in both the synchronised 10m platform and individual event at the World Series in Beijing. 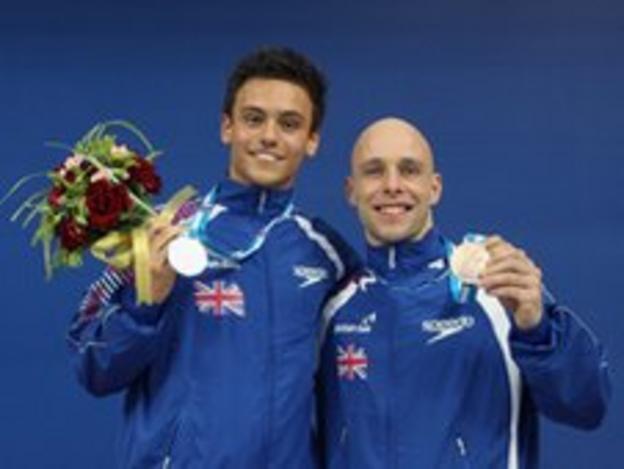 First, they proved their world-class credentials as a pairing by clinching silver with a score of 437.40 - their best tally since winning the World Series meeting in Sheffield nearly a year ago.

Daley then took another silver in the individual 10m platform - as he did in the first World Series event a week earlier - delivering a consistently strong set of dives to finish well clear of Waterfield in third.

Individual gold in Beijing once again went to Qiu Bo, with Chinese compatriots Cao Yuan and Zhang Yanquan winning the synchro for the second week running.

It was Armitstead's second victory of the year after winning the Omloop van het Hageland - Tielt-Winge in Belgium on 4 March.

Mark Cavendish had a disappointing race in the men's edition of the Gent-Wevelgem, finishing down in 58th position.

Belgium's Tom Boonen, who rides for the Omega Pharma-Quickstep team, won the race for the second year running.

Someone owes me a beer

Richard Kruse became the first British fencer for 12 years to achieve Olympic qualification through their world ranking when he won a satellite event in Copenhagen.

Kruse had to win the event to avoid an additional Olympic qualifying tournament and he duly achieved his goal - moving above Ukraine's Rostislav Hertsyk, whom he beat en route, in the rankings.

Had Kruse lost the final against Italy's Francesco Trani, then Hertsyk would have gone to the Games in his place.

Britain can now expect to send nine fencers to the Olympics, with the team already guaranteed eight host-nation places.

Nicola Adams and Anthony Ogogo won gold medals for Britain at the Grand Prix tournament in the Czech Republic.

Middleweight Ogogo was appearing in his first tournament since undergoing shoulder surgery and beat Arbi Chakaev of Austria 18:6 in the final.

Adams came through a much tighter final, beating Elena Saveleva of Russia 9:8 to win gold in the 51kg division.

Australia won all nine finals at the Oceania Olympic qualifiers on Sunday and will field boxers in all 10 men's weight divisions at the Olympics for the first time.

16-year-old heavyweight Jai Opetaia is among those who booked his place at London 2012.

Olympic silver-medallist Robertson and Wallwork gave themselves a ranking boost in the race to qualify for London 2012 by beating team-mates Ben Stawski and Lauren Smith 21-15 21-11.

Mariana Agathangelou and Heather Olver also collected a vital haul of rankings points as they battle for a women's doubles spot at London 2012.

Great Britain's hopes of qualification for Euro 2012 were ended after they suffered a 29-20 defeat against Poland.

It was the second defeat in the space of three days after Britain lost the reverse fixture 33-20 at Loughborough University.

A week after Ireland's men saw their Olympic hopes dashed, Ireland's women also missed out after losing 4-1 to Belgium in the final of the Olympic qualifying tournament.

Belgium's Sofie Gierts scored a six-minute hat-trick in the first half, never giving Ireland a chance in Sunday's final.

Olympic 100 metres freestyle champion Alain Bernard will not defend his title this summer after failing to secure a qualifying spot at the French national championships. 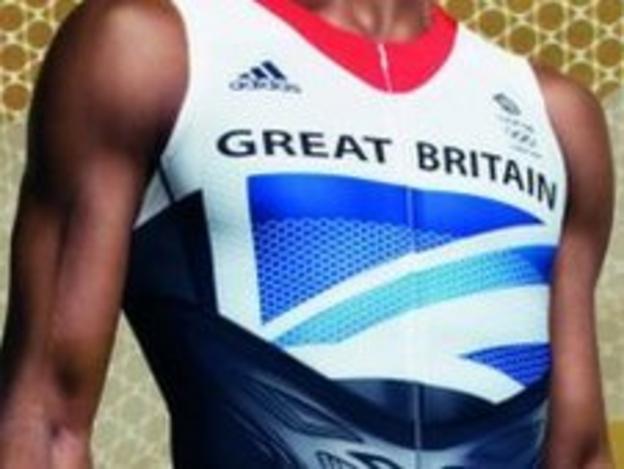 Team GB's athletes will step out in a dark indigo blue kit, inspired by the union flag, with red shoes, when they compete at the 2012 London Olympics.

The Stella McCartney-designed kit was unveiled last week at the Tower of London.

Across all sports, the kit will comprise up to 175,000 items of clothing for up to 500 Olympic and 350 Paralympic athletes and includes 38 types of footwear.