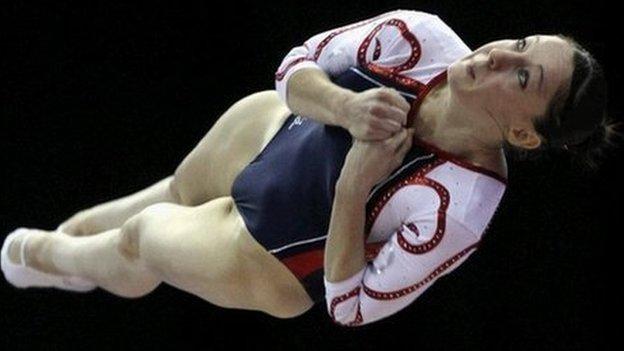 Driscoll enjoyed a breakthrough 2011, topping the individual and synchro world rankings and winning the annual World Cup series in both events.

She then capped the year by making the individual final at the World Championships in Birmingham to secure an Olympic place for Great Britain.

"I hope London raises the profile of the sport. There is a lot of talk about what we are doing in the gymnastics world. I hope that will spread the sport even further

She finished eighth in the final after going for broke and failing to complete her risky routine, having already taken silver in the team event and bronze in the synchro - neither of which are Olympic disciplines.

Driscoll first tried the sport as a seven-year-old during an activity week at a leisure centre in Kent, where she grew up. Seeing her on the trampoline, a coach suggested she go along to a local club.

She worked at a bank in Durham until February 2010 when she quit and took up the sport full-time.