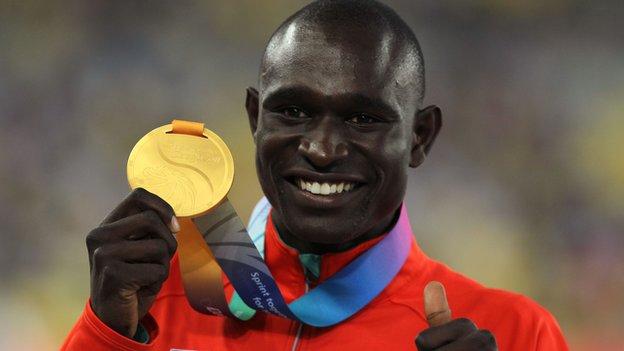 Rudisha twice lowered the 13-year-old 800m world record in August 2010 and claimed his first senior global title a year later when he led from start to finish at the World Championships.

He enjoyed a 34-race winning streak, spanning two years, before being narrowly beaten in his last meeting of 2011.

For London 2012 I really hope I am fit and healthy... I want to run my best ever time there

When Rudisha returned to Kenya after breaking the world record, his native Maasai tribe slaughtered 50 cattle in his honour.

He has studied online videos of Sebastian Coe's races and professes to have great admiration for the double Olympic gold medallist, who is now chairman of the London 2012 Organising Committee.

Rudisha's international breakthrough came in 2006 when he won the World Junior Championships, but a thigh injury prevented him from returning to Beijing for the Olympics in 2008. He narrowly failed to reach the final at the 2009 World Championships.

Rudisha was inspired to take up athletics by his father, Daniel, who won an Olympic silver medal in 1968 as part of Kenya's 4x400m relay team.