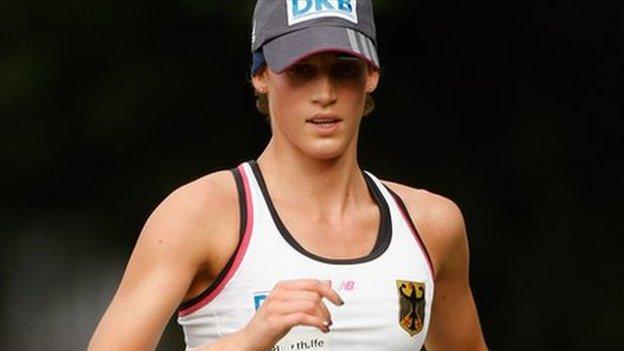 Olympic champion Schöneborn ended the 2011 season as world number one after winning overall World Cup gold and her first European title, both in England.

The foundation of her Olympic success in Beijing was a dominant performance in the fencing, and she finished comfortably ahead of British silver medallist Heather Fell.

The world junior champion in 2005 has yet to replicate that success at the senior championships. She has won an individual silver and two bronze medals but gold eludes her after seven attempts.

She was fifth at the last two World Championships.

Schöneborn took up pentathlon at the age of 14 after being introduced to the sport through her swimming club.

Fencing and riding were the last disciplines she learned, but she says she loves the diversity of the different events and has no preference among them.