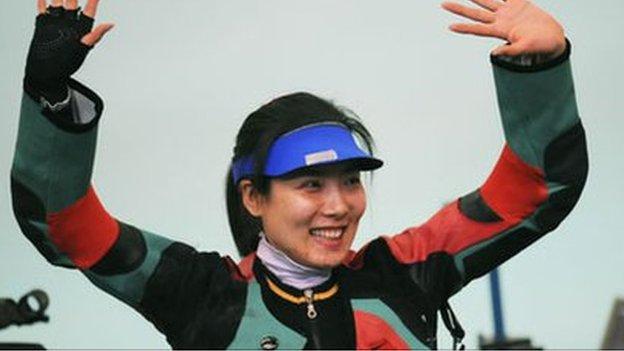 The double Olympic champion will attempt a hat-trick of gold medals after returning from a two-and-a-half year absence in February 2011; she took time off after the last Olympics to get married and start a family.

Du won the 10m air rifle in Athens and took gold in Beijing with an Olympic record score in the 50m rifle 3 position.

A tearful Du finished out of the medals in the 10m air rifle on the opening morning of the Beijing Olympics, having been expected to become China's first winner of their home Games.

Having failed to defend her title, her redemption came five days later in the 50m rifle 3 position.