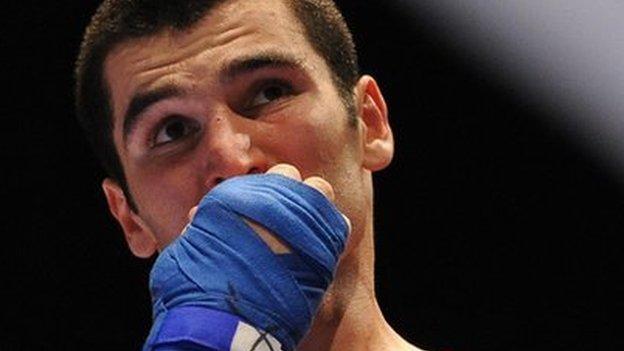 Beterbiev was named as the International Boxing Association's best amateur boxer of 2010 after successfully defending his European light-heavyweight title.

He won gold at the World Amateur Championships the previous year, improving on his silver medal from 2007 by coming from behind in the last round of the final to beat Elshod Rasulov of Uzbekistan.

Beterbiev had high hopes of a gold medal at the Beijing Olympics but he was knocked out by home favourite Zhang Xiaoping in the second round.

Seeded first for the 2011 World Amateur Championships, he was beaten in his quarter-final by eventual champion Oleksandr Usyk.

He fights for Russia but is a Chechen and was given a hero's welcome at Grozny airport - and congratulated in person by the president of Chechnya - when he returned from winning the World Cup in 2008.