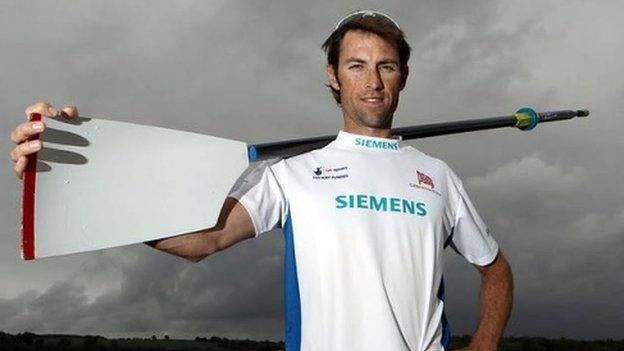 The pair successfully defended their world title in 2011.

After winning gold in Beijing, Hunter took a year off rowing and went out to coach at the UCLA in California. He says he will probably retire after the 2012 Games.

He is a qualified Thames waterman, who was born and bred in the East End.

He says: "I like going to schools and telling them my story. It's great when kids hear that because they realise that you don't have to come from a wealthy background. You can come from a normal working-class family and still succeed."