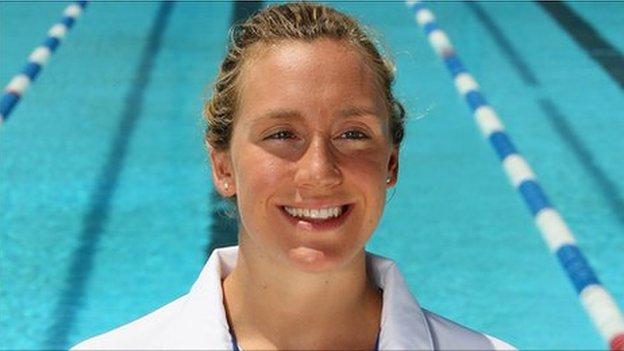 The backstroke specialist rose to the top of the world rankings in 2010 when still a teenager. She clinched her first major title at the European Championships, holding off friend and team-mate Gemma Spofforth in the 200m backstroke.

Simmonds then led the Commonwealth final with just a few metres to go but faded to second. Her superb 2010 season had exploded into life when she took the scalp of world champion Spofforth in the 100m backstroke at the British Championships.

She qualified for the 2008 Olympics at the age of 17 and broke the British record in the 200m backstroke to finish sixth in the final.

She won a silver medal at the World Short Course Championships the same year and was a finalist over 100m and 200m at the last two World Championships in a 50m pool.

It has been reported that the only sure-fire way to stop Simmonds crying as a toddler on holiday was to take her swimming!

She was talent spotted at a swimming club in Lincoln and competed in her first national championships at the age of 11.