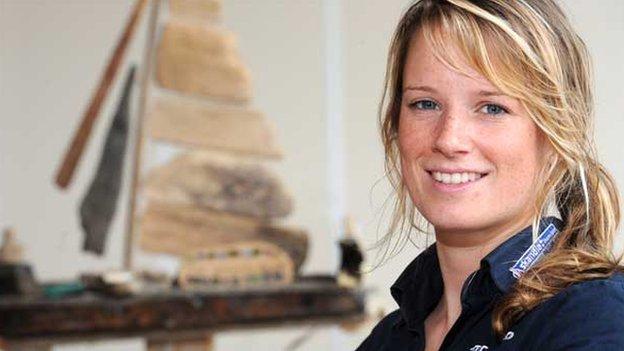 Mills won an historic world title with crew-mate Saskia Clark two months before the London Olympics - they are the first British women to take gold in the 470 class.

Former world junior champion Mills teamed up with Clark in February 2011, filling the void left by the retirement of double Olympic sailing champion Sarah Ayton. The fledgling partnership between Mills and Clark quickly reaped dividends with European bronze followed by silver at the World Championships.

Cardiff-born Mills found herself congratulated by American rap singer Snoop Dogg on Twitter after she was selected for the 2012 Olympics.

The rapper also appeared on You Tube dressed in a Cardiff City shirt and said: "A big shout out to Hannah Mills, a 23-year-old sailor who has just made it to the Olympics. What an achievement."

Mills swapped tennis for sailing at the age of eight after suffering persistent knee problems, but admits to having a fear of open water.