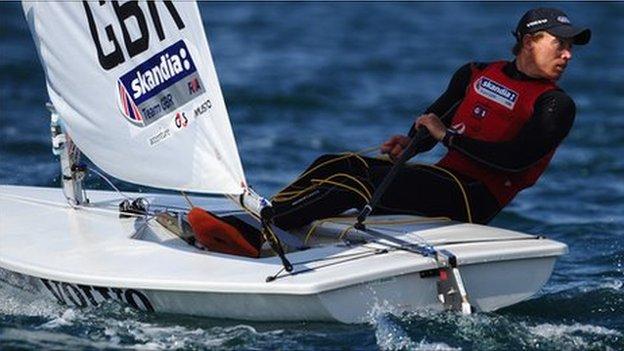 He concurrently held the Olympic, European, world and British titles in the laser class after a period of dominance that followed his brilliant win at the 2008 Olympics in Beijing. His gold medal at the 2009 World Championships extend his unbeaten run to over a year.

Australian Tom Slingsby has proved to be his nemesis since 2010 with two successive world titles.

Goodison turned professional in 1996 and his first success of note came with a silver medal at the 2000 Laser European Championships. He travelled to the 2000 Olympics as Ben Ainslie's training partner, but went on to suffer disappointment at the 2004 Games when he came fourth.

Yorkshireman Goodison was taught to sail by his father from the age of four. However, he says he only wanted to be a footballer until a knee injury stopped him from playing for six months when he was about 12. During that time he went sailing with his dad "as a kind of escapism" and swiftly developed a passion for the sport.