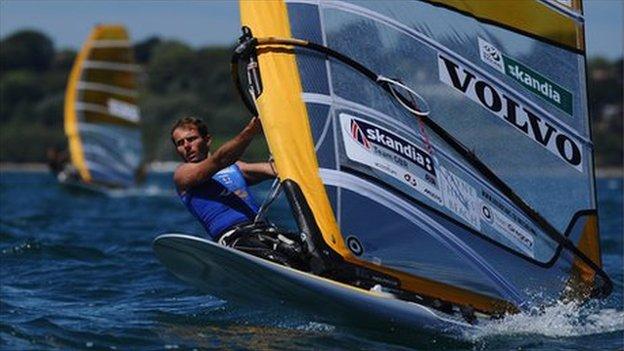 Windsurfer Dempsey earned a bronze medal at the 2004 Olympics, producing a performance he stated at the time was "the best regatta of my life."

However, he bettered it in 2009 to win World Championship gold at the Olympic venue in Weymouth Bay, where he trains.

He went into the 2008 Olympics with high hopes of improving on his bronze from Athens and went into the final medal race in the silver-medal position, just one point off gold. However, in a fiercely-contested encounter he pushed too hard and finished the race in seventh, giving him a frustrating fourth-placed finish overall.

He says the motivation to get over that disappointment is his driving force ahead of London 2012.

Dempsey, who took up windsurfing at the age of seven, is married to double Olympic sailing gold medallist Sarah Ayton. They have two sons; Thomas and Oscar, who was born on 7 March this year.