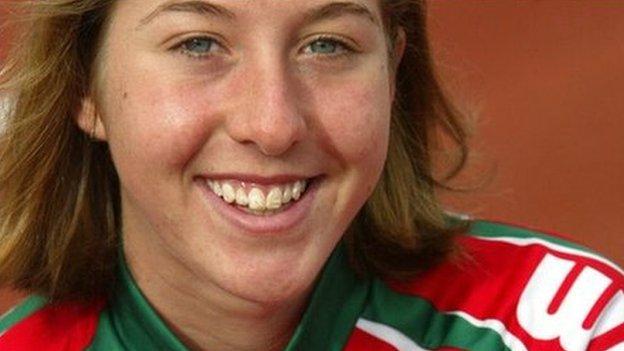 Cooke's road race win in Beijing was Britain's first gold medal of the 2008 Olympics. She also clinched the world title in the same year and was the overall World Cup champion in 2003 and 2006.

She has won 10 British road race titles - including nine years in a row before Emma Pooley ended the run in 2010.

Her Commonwealth gold medal as a 19-year-old was, she says, "the launchpad for my professional career".

Cooke was heavily criticised in November 2011 by team-mate Lizzie Armitstead, who accused the Welshwoman of disobeying team orders and riding for herself at that year's Road World Championships - and in general.

Cooke had raced for the line to finish fourth for the second successive World Championships after believing lead rider Armitstead had lost her medal chance in a last-lap crash.

Cooke endured a barren 2009 and 2010, hampered by illness and the financial collapse of successive team sponsors, but she joined the newly-formed Italian team Mario Cipollini-Giordana and in July 2011 won a stage on the women's Giro d'Italia, her first victory in over a year.

'The Wick Wonder' left Wales at 18 to pursue her cycling career in Italy. She is currently based in Switzerland.