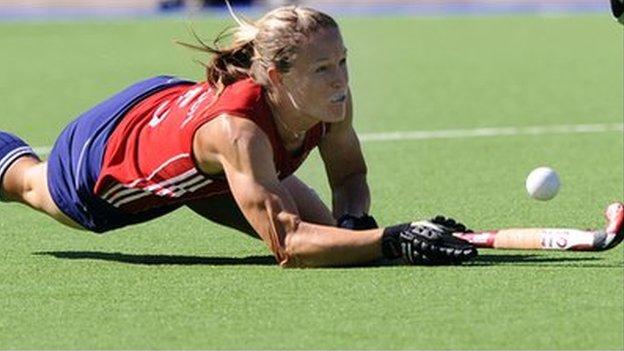 Cullen has twice been selected in the World Hockey All-Star Team after consistently good performances on the international stage. The Leicester player has won more than 150 international caps and shows no sign of slowing down; she was joint-top scorer at this year's Champions Trophy with five goals as Great Britain won the silver medal.

We have high aspirations for 2012. It's a great carrot dangling in the distance

Hailed as a "defensive powerhouse", full-back Cullen is actually more noticeable for her pivotal role in penalty corners, from which she has the capability to score game-changing goals. She made her England debut against Scotland in 2003 and has won bronze medals with her country at the two most recent Commonwealth Games.

Cullen, born in Lincolnshire, grew up in Kenya, where she took up hockey at the age of nine on soil pitches. She didn't play the game on astro-turf until she went for under-15 trials with Leicestershire.