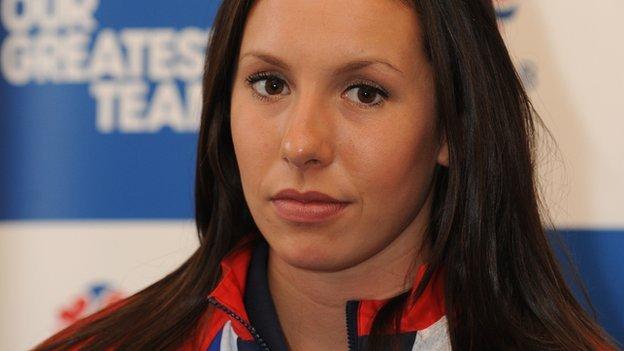 Murray's turnaround in fortunes this year was underlined when she won a bronze medal by one second at the World Championships in May.

The previous month she had earned the first World Cup medal of her career, also a bronze.

Competing at a home Games is the opportunity of a lifetime and I can't wait. I'm going there with the aim of winning a medal

The French and politics degree student struggled for form last year after returning from a six-month study placement in Paris, and admits she "wanted to quit and walk away". She credits a sports psychologist with her subsequent improvement.

As a teenager, she was kicked out of the GB pentathlon development programme because she couldn't cope with the demands. She consequently took a two-year break from the sport in order to concentrate on her A Levels.

Murray, originally from Clitheroe in Lancashire, was a keen swimmer as a child and was encouraged by her club to take part in biathlons (swimming and running) before gradually progressing to pentathlon. She describes her fencing - the opening event - as "average".