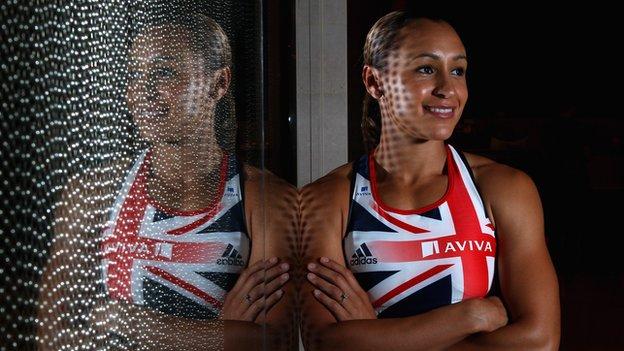 The poster girl for the 2012 Olympics has recovered from a career-threatening injury to become one of the best all-round female athletes on the planet.

Ennis set a British record score in defeating her Olympic rivals in May this year.

I know that people are expecting me to win gold in London, but I don't really think about it

Ennis described 2008 as a disaster, having suffered a stress fracture to her right foot which ruled her out of the Olympics. She has consequently had to relearn the long jump, taking off with her left foot instead of the right.

She recently lost her indoor and outdoor world titles.

She jointly holds the British record in the high jump at 1.95m. That is 30cm higher than her own height, a feat which only six high jumpers worldwide have ever bettered.

Ennis was born in Sheffield, where she still lives with her fiancé, construction worker Andy Hill. Her mother, a social worker, and father, a painter and decorator originally from Jamaica, first introduced her to athletics to stop her getting bored in the summer holidays.