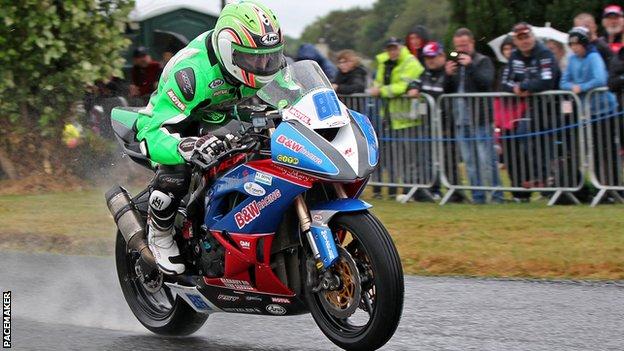 "Trophies & wins are fantastic but I'd like to dedicate them to those we've lost recently and wish the injured riders a speedy recovery," said McGee on Twitter after Sunday's racing.

Cookstown BE Racing's Davey Todd was runner-up behind McGee in each race.

Dan Kneen and Adam Lyon were killed in accidents at the Isle of Man TT, with William Dunlop losing his life at the Skerries 100 and James Cowton dying following a crash at the Southern 100 last week.

Lincolnshire rider Ivan Lintin remains in a critical but stable condition as a result of his involvement in the incident which claimed the life of Cowton.

Derek Sheils opted to sit out the Walderstown meeting in light of the recent deaths in the sport.