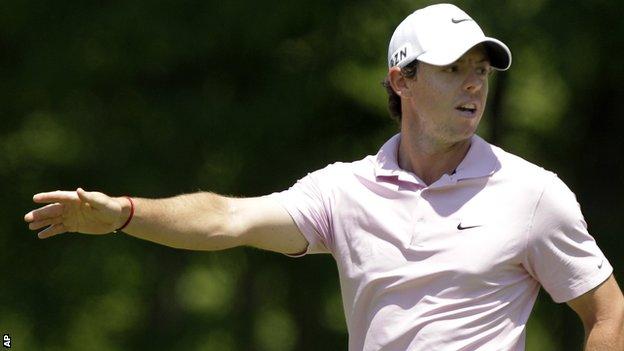 Rory McIlroy finished in a share of 15th place - seven off the pace - after firing a level-par 72 in Sunday's final round at the Memorial Tournament.

The Northern Ireland player carded five birdies and five bogeys as he ended the tournament on six under.

Japan's Hideki Matsuyama picked up his first win on the PGA Tour by beating Kevin Na in a play-off.

McIlroy, winner of last week's BMW PGA Championship at Wentworth, led by three shots after a first-round 63 before a 78 saw him slip down the field.

Na found the creek with his drive on the first play-off hole on the 18th.

Matsuyama's approach shot hit a spectator on the knee but he chipped on to the green and his par was enough to beat Na, who was on the green in four.

Overnight leader Bubba Watson missed the play-off by a shot with a final round of 72 while Adam Scott was a further stroke adrift after a closing 71.