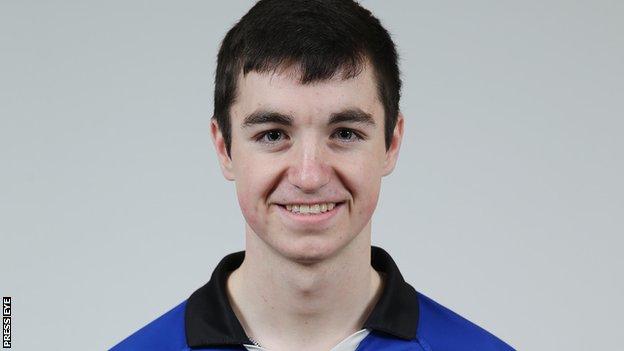 St Pat's continued to chip away at the deficit but the final whistle came just in time for Omagh at Emyvale.

Colton was the hero for the Brothers with his first-half goals and then in the 54th minute a brilliant solo run and point.

That latter score relieved the pressure their defence was under and moved them into a three-point lead.

Che O'Donnell replied with a point for the Academy, and they added another in the second minute of extra time, but they couldn't final an equaliser in a really tense finish that saw Ruairi McGlone pick up his second yellow card.

Omagh came out of the blocks quickly at the start of the match and went into a four-point lead after just five minutes with three scores from Gavin Slane.

Remarkably, despite facing the breeze, the Academy came back with 2 points each from Ryan Coleman and Tiernan Donnelly to tie the sides after 11 minutes.

A long-range free from goalie Patrick O'Neill was quickly followed by two points from Slane and then Colton's first goal in the 16th minute after a great run from defender Rian Samir.

His second goal came a couple of minutes before the break when his initial effort was brilliantly stopped by Caolan Donaghy. But Colton reacted first to find the net and an interval lead of 2-8 to 0-6.

Three frees from Tiernan Donnelly, and one each from Michael Lynn and sub Fintan McClure, helped the Academy to close the gap to three points by the third-quarter stage.

However a long range free from goalie Patrick O'Neill lifted Omagh to a heroic last quarter to set up final with St Patrick's Maghera on St Patrick's Day in Armagh.

Maghera progressed to the MacRory Cup final on Friday evening after edging out St Patrick's Cavan 0-9 to 1-4 in the first semi-final.

Cavan fired four wides before their early dominance finally yielded an opening scoring for Caoimhin O'Reilly in the sixth minute.

Boosted by the escape, Maghera fought back to level thanks to efforts from Conor Convery and Peter Hagan.

Another Connolly free edged Cavan ahead again but Tallon's opening score tied up the match going into the interval.

Maghera took a stranglehold on the game after the break as Conor Glass, Convery and Paul McAtamney hit unanswered scores.

But the game was level once more after Galligan's goal.

Galligan did hit the final score of the game but it wasn't enough for Cavan as Maghera held on to progress to their third straight MacRory final.