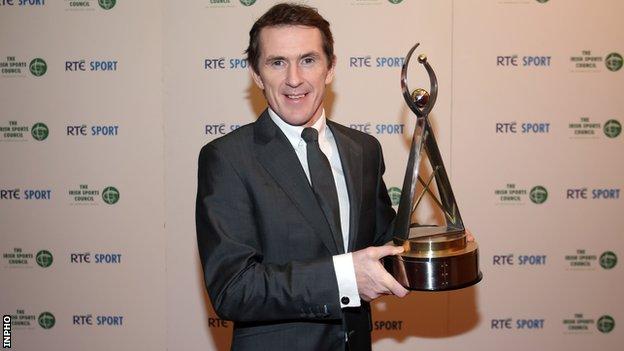 Jockey AP McCoy has been named as the RTE Sports Person of the Year of 2013.

McCoy, 39, received the honour from the Irish national broadcaster after a year which saw him moving beyond the 4,000 career winners mark.

There was double success for Clare hurlers with them winning the team of the year and Davy Fitzgerald named manager of 2013.

McCoy brought up his tally of wins to the 4000 when on board Mountain Tunes at Towcester on 7 November.