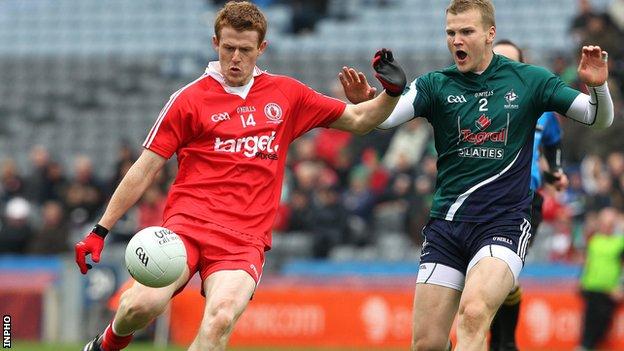 Tyrone manager Mickey Harte has called up nine players to his Reds Hands panel for next month's McKenna Cup.

Niall McKenna and Peter Hughes return to the squad while the other seven are inter-county newcomers.

Dungannon's Patrick Quinn, Hugh Gallagher of Omagh and Derrytresk's Kevin Campbell get a chance to impress.

Harte brought the nine players into the squad following a series of trials.

The Red Hands will be missing key names such as Stephen O'Neill, Conor Gormley, Kyle Coney and Sean Cavanagh for January tournament.

Harte's team start their campaign against Donegal at Ballybofey on 5 January and they also face Armagh and Queen's University in Section A.