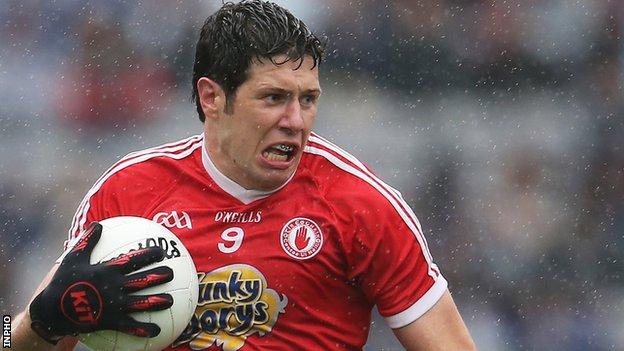 The Moy man takes over from Stephen O'Neill, who was captain for two years.

Cavanagh returned to his best this year, after twice recovering from career-threatening shoulder injuries, to earn his latest All Star award.

The appointment is in line with Harte's policy of handing the role to players with vast experience.

With the exception of the late Cormac McAnallen, who was made captain in 2004, the captaincy has been awarded to players who have passed the age of 30.

Cavanagh becomes the fifth skipper to serve during Harte's tenure, which is about to enter its 12th season.

The position has also been filled by Peter Canavan, Brian Dooher and O'Neill.

The role of vice-captain, which was held this year by Joe McMahon, has not yet been filled.

Trials for the panel are currently being held, and a Tyrone squad for the Dr McKenna Cup is expected to be named before the end of the month.

Pascal McConnell's decision to retire means there are only three survivors from the Red Hands' maiden All-Ireland success in 2003 - Cavanagh, Conor Gormley and O'Neill.