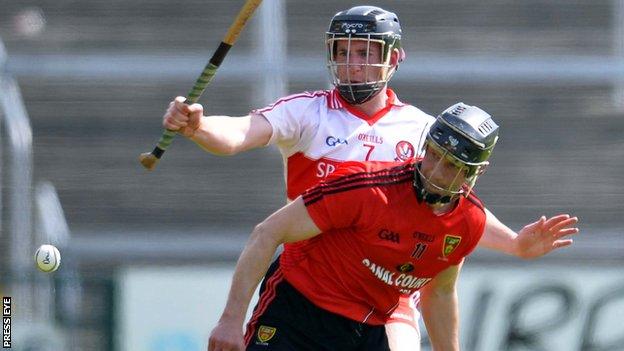 The delayed Ulster Hurling final between Antrim and Down will be played at Celtic Park on Sunday 3 November, with a 14:00 GMT throw-in time.

The match had initially been scheduled for Sunday 7 July but had to be postponed to allow the semi-final replay between Down and Derry to take place on that date.

Antrim will be aiming to secure their 12th successive Ulster title.

The Saffrons fell to a surprise six-point defeat by Laois in the Leinster SHC first round in May and then lost by 10 points to Wexford in the preliminary round of the All-Ireland Hurling Qualifiers.

A statement from Ulster GAA indicated that the decision to delay the game until November was taken "to ensure that clubs have access to all players for the duration of the county and provincial club championships".