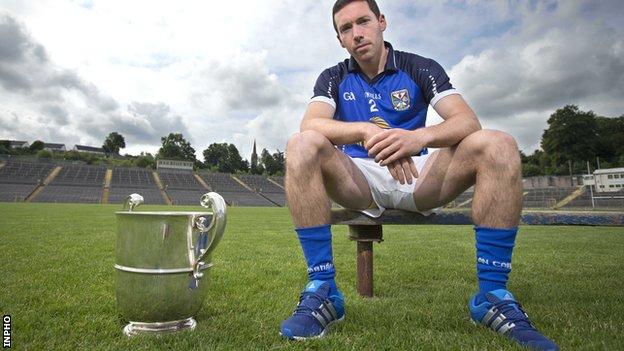 Cavan have named an unchanged team for Saturday's Ulster semi-final in Clones.

Despite picking up a number of knocks in the win over Fermanagh 10 days ago, Breffni boss Terry Hyland has given a vote of confidence to the same starting fifteen for the clash with Monaghan.

Monaghan have some injury worries with Dick Clerkin rated the most doubtful.

Saturday's game will be the first Ulster championship game between the teams since 2001, when Cavan won a semi-final by 0-13 to 0-11 in Clones.

"It is a measure of the team's progress and hard work that we have come this far. The players are very resilient mentally and have not yet reached their peak," said Hyland.

"We dug out results against Armagh and Fermanagh and while Monaghan have more experience of this stage, we expect a close game and hope that we come out on the right side of the result."