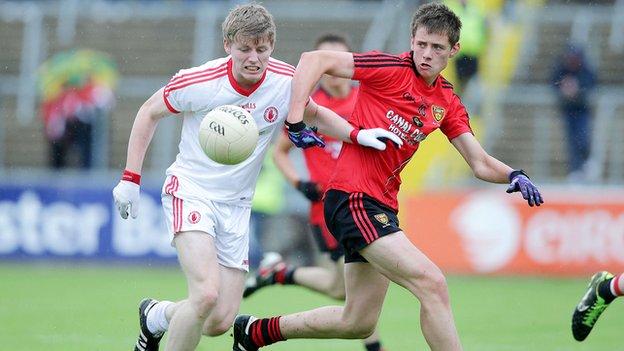 Tyrone minors secured their place in the Ulster final by beating Down 1-12 to 0-10 in a closely contested semi-final at Breffni Park.

The Red Hands scored the first two points of the game but Down bounced back to lead 0-6 to 0-5 at the break.

With the aid of the breeze, Tyrone fired over four points in three minutes at the start of the second half.

There was a point between the sides as the game entered the final minutes but a Stephen McGrath goal proved crucial.

The substitute contributed 1-1 as his side outscored their opponents 1-2 to 0-1 in the last five minutes.

Tyrone will meet the winners of next week's semi-final between Cavan and Monaghan.