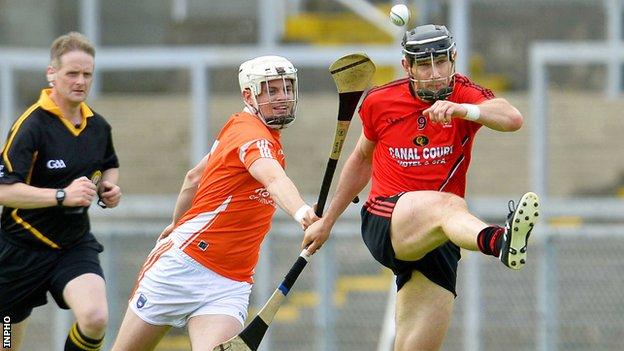 Down cruised to a 3-20 to 1-11 win over Armagh in Sunday's Ulster SHC quarter-final at Pairc Esler.

James Coyle's early goal put the Mourne side in control but Armagh hit back through John Corvan's excellent goal.

Scott Nicholson netted before the interval to give Down a 2-8 to 1-7 lead at half-time.

Down surged clear in the second half and a late Johnny McCusker goal sealed a comfortable victory for the Christy Ring Cup winners.

Coyle's early strike helped his side to a 1-5 to 0-3 lead at the end of the opening quarter.

Down found an extra gear on the restart, with the visitors held to just four second half points and Coulter taking three of those scores.