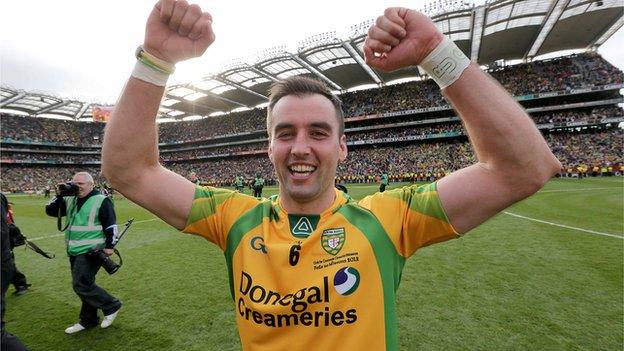 Karl Lacey appears to be a major doubt for Donegal's Ulster Football semi-final against Down on 23 June after having cartilage removed from a knee in an operation on Thursday.

Lacey has not been ruled out of the game yet but looks to be facing a race against time to be available.

The Four Masters club-man missed the entire National League after undergoing a hip operation in December.

The 2012 Footballer of the Year came on as a sub in the win over Tyrone.

Lacey picked up the injury while playing a Donegal Club Championship match against Ardara last weekend.

A further source of concern to Donegal boss Jim McGuinness will have been Neil Gallagher having to leave the pitch after picking up a knock during Glenswilly's county championship encounter against Bundoran on Saturday evening.

Frank McGlynn could also be a doubt for the Down clash because of a nagging hamstring injury but Mark McHugh is now back to fitness.