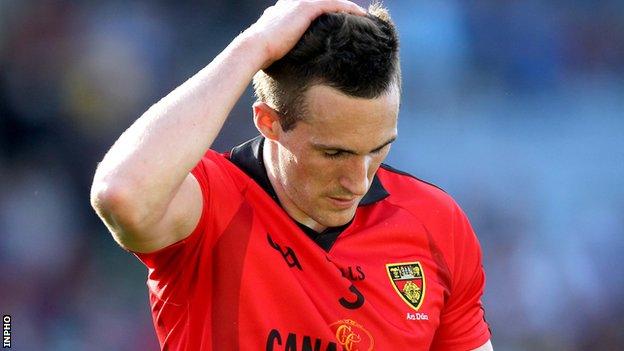 Down manager James McCartan has cast doubt over whether Dan Gordon will be able to play again this season.

The midfielder broke a bone in his foot for the second time in six months at the beginning of May.

His manager has now conceded he does not expect him to be involved in Down's championship campaign this summer.

When asked if Gordon would be fit for the Ulster semi-final against Donegal he said: "certainly not, Dan's football for 2013 would be doubtful".

Danny Hughes and Aidan Carr are expected to return from injury to face the Ulster and All-Ireland champions.

Down won their first round tie against Derry on Sunday to set up a rematch with Donegal, who beat them in last year's Ulster final.