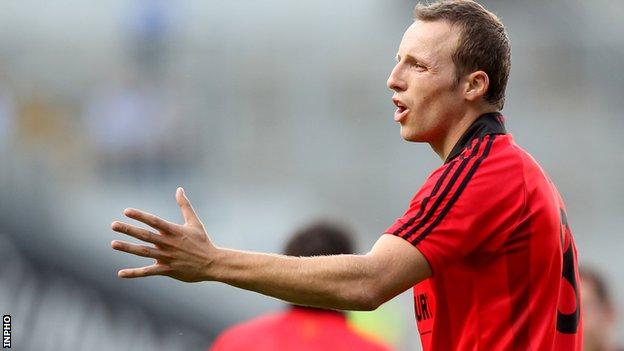 Down midfielder Ambrose Rogers returns to the side for the Ulster SFC quarter-final against Derry at Celtic Park.

Rogers missed the league campaign with a knee injury and comes into the team along with Conor Laverty and championship debutant Niall Madine.

Patsy Bradley starts for Derry after a back injury while Collie Devlin and Ryan Scott are brought into the team.

Slaughtneil midfielder Bradley was rated doubtful for the game and his recovery is a major boost for Oak Leaf boss Brian McIver.

Wilkinson and Daniel Haveron are both sidelined for the season with knee injuries while Ciaran McFaul (shoulder) misses the quarter-final.

The return of Rogers sees Kalum King move up to into attack and U21 forward Nadine gets his chance after playing for just 13 minutes in the league.

There are also first Ulster SFC starts for Keith Quinn and Ryan Boyle.

Danny Hughes, who missed the league campaign due to a number of injuries, is on the bench but Donal O'Hare starts after recovering from a hamstring injury.