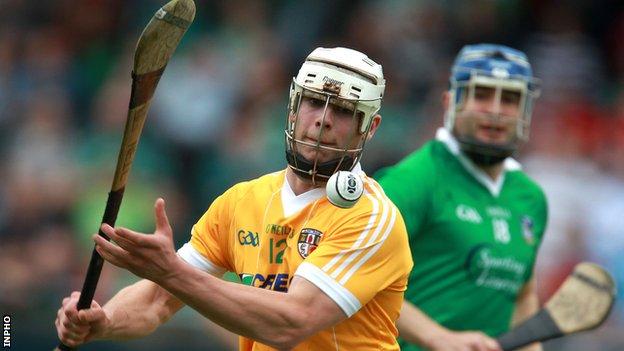 Antrim secured a first win in their Division 1B campaign with this comfortable victory over Carlow.

Neil McManus scored the opening goal on four minutes and Shane McNaughton also netted in a impressive first half display from Antrim at Dr Cullen Park.

The Saffrons held a commanding 2-12 to 0-4 lead at the break although Carlow fought back in the second half with six points without reply.

Stephen Beatty scored an injury-time goal to seal the victory for Antrim.

The Ulster side, with the wind advantage, made a superb start and were 1-7 to 0-0 in front after just 12 minutes.

McNaughton doubled the goal tally on 24 minutes and Antrim were 14 points clear at half-time.