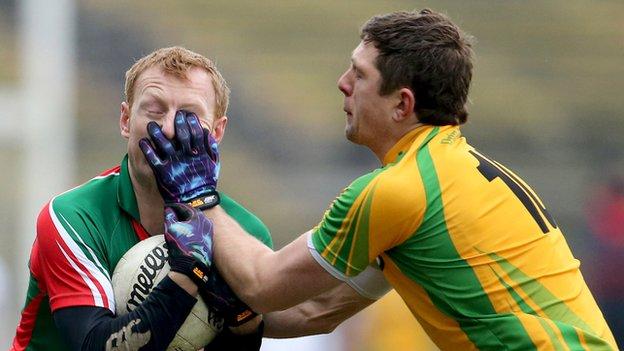 A great run by Keith Higgins set up Conroy who scored in the second half to send Mayo on their way to a 1-10 to 0-09 win at Castlebar.

It leaves Donegal with still some work to do as they attempt to stay clear of the relegation positions.

They are at home to Dublin in their last match on 7 April.

Both teams finished with 14 men as Donegal's Anthony Thompson and then Mayo full-forward Jason Doherty were sent-off after receiving two yellow cards.

Mayo led six points to four at the break and kept their noses in front.