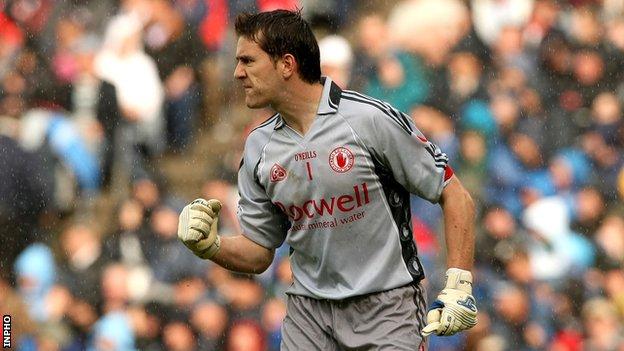 The 29-year-old Devine, who has won three All-Ireland Championship medals, will continue to play for his club side Errigal Ciaran.

Since making his debut in 2002 under Art McRory and Eugene McKenna, Devine has been an ever present member of the Senior County squad.

"He has had a tremendous presence within the squad and his influence will be missed.

"John was a vital part of all our All-Ireland successes and I wish him the best for the future as he continues his club career."

For several years, Devine competed for the number one shirt with Pascal O'Connell.