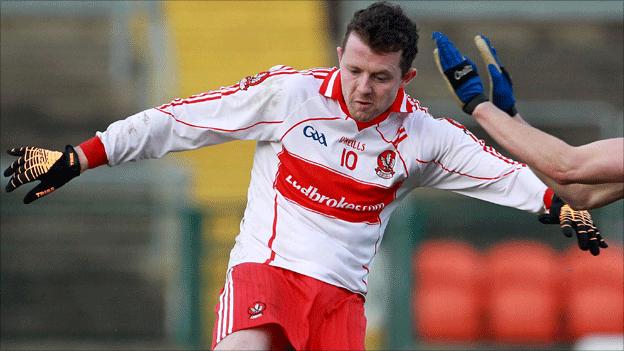 Brown will miss the remainder of the competition after bruising a kidney in Sunday's last-gasp defeat by Tyrone.

Brown had been introduced as a second-half substitute by new Oak Leaf boss Brian McIver.

He spent two nights in hospital before being discharged on Tuesday.

UUJ lost by three points to Antrim in their opening fixture.