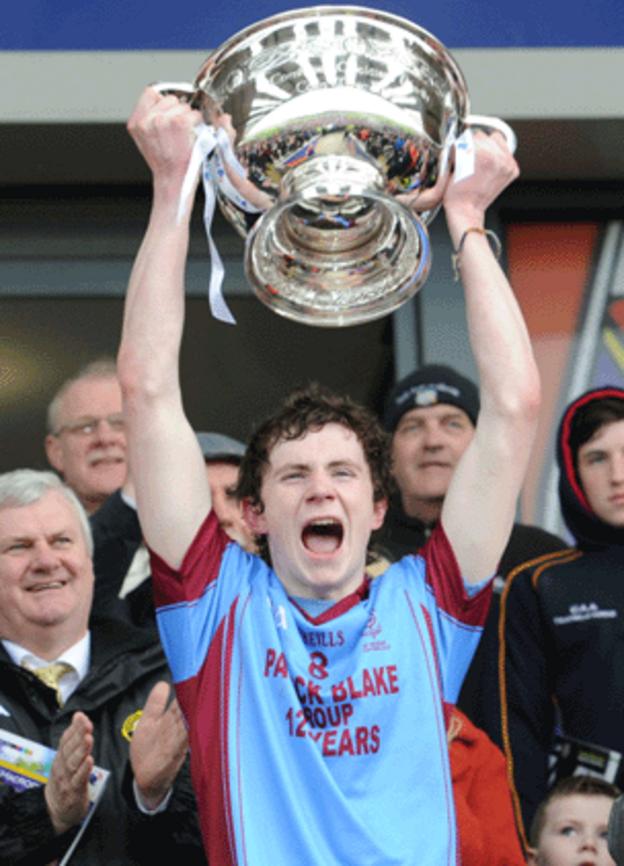 St Michael's Enniskillen lost heavily to St Mary's Edenderry on a scoreline of 1-16 to 0-6 in Saturday's Hogan Cup final at Croke Park.

The Offaly school dominated the first half and built up a 1-10 to 0-3 lead, thanks to a period of 1-6 unanswered points in the opening 17 minutes.

In the end, they ran out comfortable winners by a 13-point margin.

Brian McAleer scored two points for St Michael's in the first half, Eddie Courtney scoring the other point.

Cian McMonagle completed an excellent move to fire home the only goal of the game in the 17th minute.

St Michael's made two substitutions at the start of the second half and both players made their mark by contributing points.

Four unanswered points from frees proved crucial for St Mary's, with Ger Leech and Daniel Grehan to the fore.

McMonagle top-scored for the victors with 1-7 while Leech added 0-7 from frees.

After the game, St Michael's Enniskillen manager Dominic Corrigan described his opponents as "one of the greatest college football teams I have ever seen".