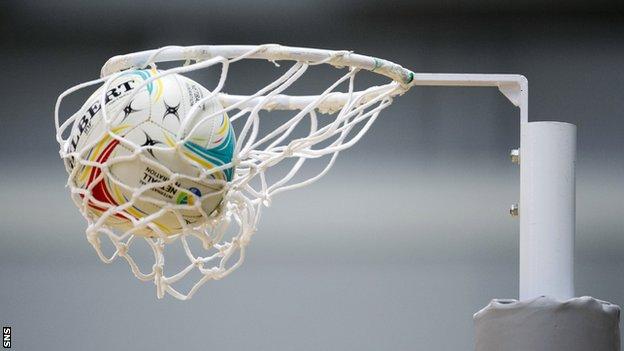 Caroline Mansley has stepped down as chair of the Netball Scotland board "due to personal circumstances", the organisation has announced.

She took up the role in 2017 and director Pam Radage has been installed as interim chair while Mansley's replacement is found.

"It is with much regret that I have had to step down," said Mansley.

"I am confident that I leave the business in great shape and in very capable hands."

CEO Claire Nelson said Netball Scotland were "sad" over Mansley's departure and added: "Under Caroline's stewardship the sport and organisation has continued to go from strength to strength, and she leaves Netball Scotland in a fantastic place - with an ambitious strategy, a talented team of people and the highest standards of governance.

"As a business we have never been more capable, and her skills and expertise really drove the necessary development across our people and processes to enable that."

Mansley was also chair of Strathclyde Sirens, who play in the UK-wide Superleague, and Netball Scotland say recruitment for a new chair of the Sirens "will commence immediately".