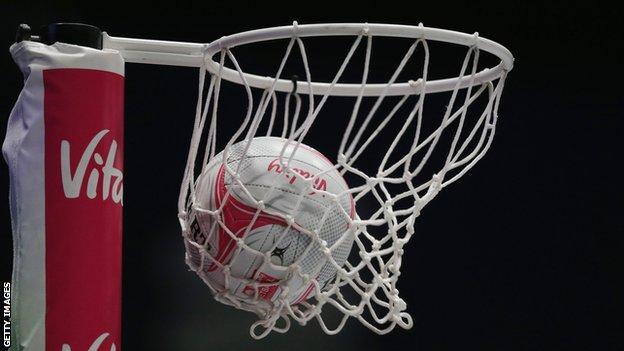 Team Bath won a closely contested match against Celtic Dragons at the University of Bath to move into fourth place in the Superleague.

Neither side settled in the opening quarter with the score ending 14-14.

The introduction of Serena Guthrie gave the hosts an extra edge as they went into a 30-25 lead at half time.

Dragons clawed back the score to only three goals in quarter three, but the five-time league winners pushed on to claim the win.

Celtic Dragons coach Tania Hoffman told BBC Sport Wales: "Again we are turning over the ball, but we then give it back straight away again so we are always on the back foot.

"We need to learn how to keep possession and we have to learn how to win more than one quarter against teams of this quality. Yes we have won games, but to be able to beat the likes of Bath and Wasps are the games we really want to win."

Team Bath's next match is home to Strathclyde Sirens on Friday, 22 March while the Dragons host London Pulse on Monday, 25 March.

Give it a go yourself!