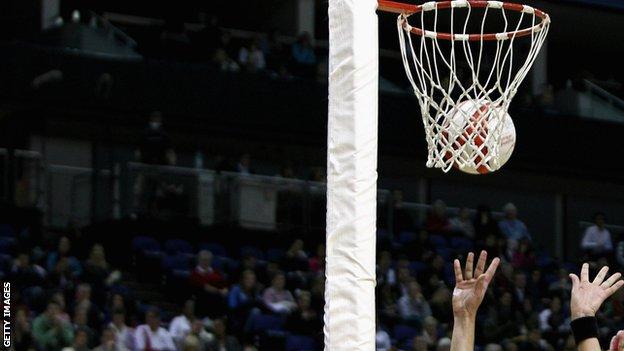 BBC Sport has live coverage as Wales, Scotland and Northern Ireland aim to qualify for next year's Netball World Cup in Liverpool.

Two teams will qualify from the European qualifying tournament in Perth, Scotland, from 19-21 January.

England, who as hosts have already qualified for World Cup, face New Zealand in London as part of the Quad Series, and you can also watch that match live on the BBC.

Details of when and where to watch netball on the BBC can be found below.

Event schedule times are subject to change. The BBC is not responsible for any changes that may be made. In particular, coverage on BBC Red Button can be subject to late schedule changes.