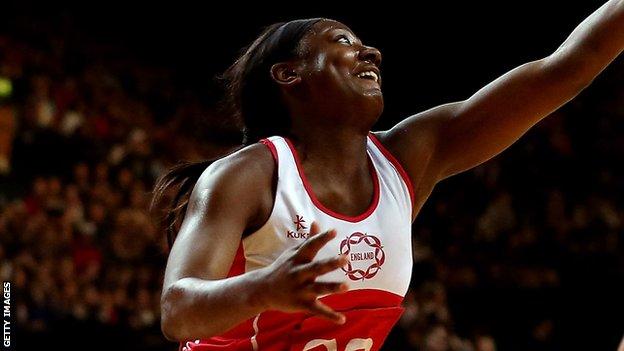 England beat Jamaica 50-45 in the second Test in Kingston to complete victory in the series.

England now have an unassailable 2-0 lead in the three-Test series, with the third game to be played on Sunday.

"I'm pleased with the way that we dealt with the pressure and that we kept pushing on and grinding out the result," head coach Anna Mayes said.

"The depth and breadth that we have in the squad bodes well for the World Youth Netball Championships in August."

England led 33-16 at half-time, but the Sunshine Girls rallied to cut the deficit to five points at the final whistle, and Mayes says she expects an improvement from her team in Sunday's dead rubber.

"We need to take the ball out of the line of defence and not get body on body. We need to stick to our defensive game plan and we will be fine," she said.

England have a 100% record of five wins from five games in 2013 following a 3-0 whitewash over Australia in January.