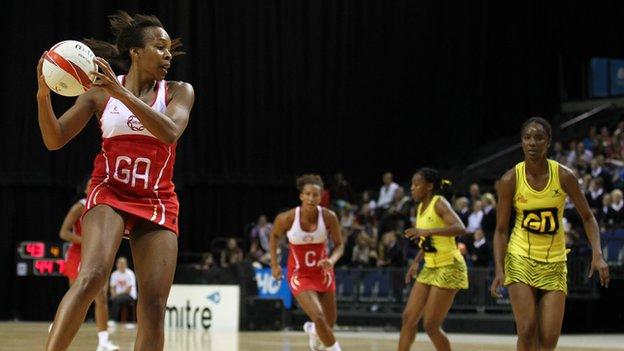 England recorded their fourth victory from four games in 2013 with a 53-42 win over Jamaica in the first of a three-Test series in Kingston.

The success comes on the back of the 3-0 whitewash over Australia in January.

But head coach Anna Mayes admitted she was unhappy with her team's performance against Jamaica.

"We made too many basic errors in the first half," she said. "I sounded like a broken record at times reiterating to the team what they needed to do."

"We are pleased with the win but disappointed that we only stuck to the gameplan for 35 minutes of the match."

The second contest of the series is on Thursday.

Mayes added: "We know that Jamaica will come back twice as hard, but if we stick to our plan, we will be fine."