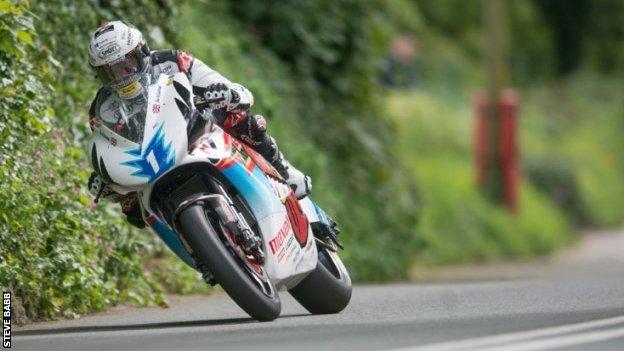 Despite suffering with a wrist injury, McGuinness, 42, completed the one-lap sprint at an average speed of 117.366 mph on the Mugen Shinden machine.

He said: "It's been a tough week but it is great to get one for this incredible team. They are very clever people."

Bruce Anstey made it a one-two for Mugen, 23 seconds down on McGuinness.

The Morecambe racer, who will not race in Wednesday's Supersport race, added: "I was gutted to lose this race last year but I've made the top step now.

"That is probably me done in terms of race wins this week - I've yet to make a decision on whether I'll race in the Senior.

"I'll come back fitter and stronger next year."

Former winner, Rob Barber (Buckeye CurrentRW-2) from Bury, was a further four minutes and 30 seconds behind Anstey in third.

Barber, who won the inaugural TT Zero race in 2009, finished less than a tenth of a second ahead of fourth-placed Rob Wilson of Team Sarolea Racing.

Four of the ten starters did not complete the race.