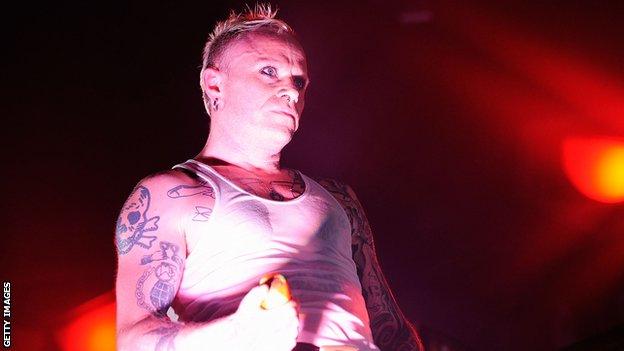 But away from the chart-topping band his passion is racing motorbikes and, increasingly, the Isle of Man TT.

London-born Flint, 44, whose pioneering electronica group have sold around 25 million albums since forming in 1990, is a fiercely quick racer in his own right but he also manages his own race team.

This week, represented by Kent racer Steve Mercer, he will again bring his Team Traction Control to contest the TT, which he describes as the "greatest race on earth".

Flint, who has enjoyed global success and sung on both the band's number one singles, Firestarter and Breathe, said: "To be a part of TT history is a massive achievement.

"It is one of, if not the greatest races on two wheels, if not on four."

Obsessed with bikes since he was a child, his first motorbike was a unrestricted Yamaha FS1-E.

Since then he has progressed through to racing all over the continent and in 2012 won the Hottrax Clubman Endurance Championship having established his own race team the previous year.

He said: "People ask if I would do the TT myself - the actual romance of doing it is in me but the chances are zero.

"I can't belittle the talent and the bravery and the endurance that goes into a race like this. The competitors are some of the bravest men on the planet and it is one of the biggest challenges a racer can take on."

This year Flint's team will be solely represented by Mercer, who made his debut at the TT in 2009.

Mercer, 32, whose highest finish of eighth came in last year's event, said: "I know Keith just as Keith - not Keith from the Prodigy. When I see him on stage it's like it's not him.

"He won the Hottrax Endurance Championship in 2012 - he is a proper biker."

Flint, who is currently working on the latest Prodigy album, said: "The band is built on fire and venom, as is the energy that goes into racing - but it is a completely different discipline.

"They are very similar in a lot of ways but poles apart in others. 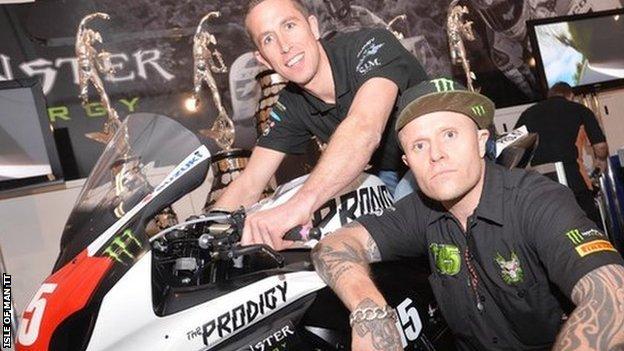 "I suppose the band is driven by passion and a love of what we do. We are very precious about it and very guarded about it, and I think these boys over here are. The TT is a very precious thing to the riders.

"These guys that do the roads are very unique people.

"On the first hand you've got the bravery, the knowledge of the circuit, the guys live this - this is what they are about. I am very aware of that."

While there are high hopes of Mercer's chances, Flint said there is no pressure on him.

"We hope he can better his best time and safely finish all five races," added Flint. "I'll be more than happy with that."

The team will be running a Suzuki GSX-R1000 in in the Superbike, Superstock and Senior races as well as a GSX-600 in the two Supersport events.