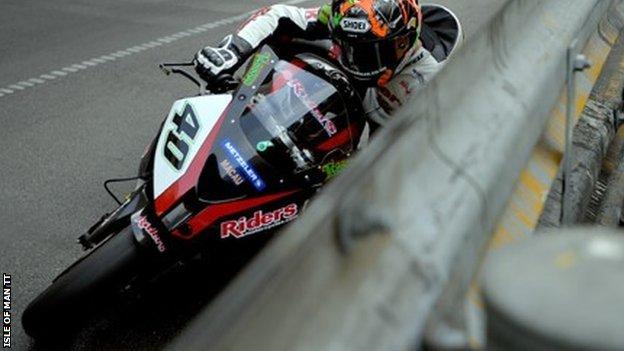 British Superbike rider Martin Jessopp is set to make his Isle of Man TT debut in 2014.

The Yeovil racer will ride a BMW S1000RR in the Superbike, Superstock and Senior races for his father's Riders Motorcycles team.

Jessopp has been an ever-present in the British Championship paddock since 2004 and has also impressed on the roads in recent years.

The 28-year-old said he "feels ready" to make his debut at the TT.

"Having gained road racing experience at the North West 200 and the Macau Grand Prix, I now feel ready to make my TT debut," he said.

"The TT is the pinnacle of road racing and I am very excited about the opportunity to finally race there.

"My plan is to work hard and learn the circuit without any pressure to get a result. Hopefully after a few years I'll have learnt enough to push on and start to challenge towards the front as I have been able to do at the North West 200 and Macau Grand Prix."

In 2011 and 2012 Jessopp finished second to Michael Rutter at the Macau Grand Prix.

He has also impressed at the North West 200 with a number of strong performances where in 2012 he became the fastest ever man through the speed trap at a staggering 208mph.