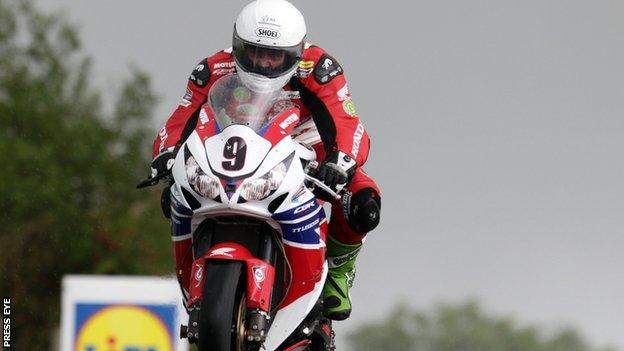 Michael Dunlop secured a treble at Killalane on Sunday in the final event of the Irish road racing season.

William Dunlop denied his brother a fourth victory by 0.081 seconds in the Supersport 600 and he also picked a second win in the 250cc race.

Dubliner Derek Sheils was crowned Irish champion ahead of Michael Dunlop, who missed three rounds of the series.

Ballyclare rider Jamie Hamilton escaped serious injury at the race in County Dublin after a 150 miles per hour crash in the Open event, causing the race to be red-flagged.