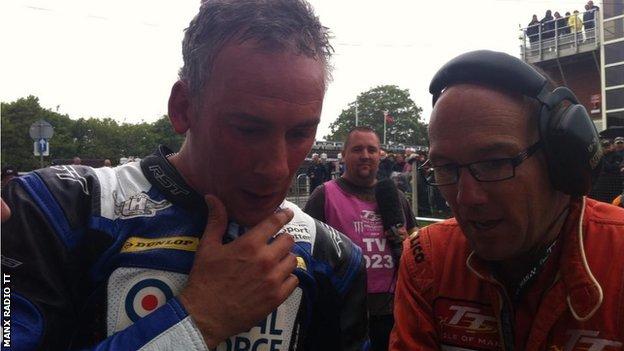 The Senior Manx Grand Prix race has been cancelled due to poor weather on the Isle of Man, it has been confirmed.

Clerk of the course Gary Thompson revealed that poor visibility over the mountain and scattered showers meant it could not go ahead.

Earlier in the day, the combined Supertwins and Lightweight races were red-flagged and re-run over two laps.

Michael Russell went on to win the Supertwins race by 0.61 seconds ahead of Junior MGP winner Michael Sweeney.